Sometimes this heavy bleeding is caused by a physical problem - such as fibroids or endometriosis - but around half the time, doctors have no idea what’s going on, or how to stop it.

HIF1, or hypoxia-inducible factor 1, might be linked to heavy bleeding.

"Researchers might finally have an explanation for awful, heavy periods"

Regarding random pieces of advice

- Learn the difference between being kind and being submissive. It’s a big one.

- Learn the difference between being grateful and being loyal. It’s also a big one.

- Success is not in the result, it’s in the attempt. The results are the proof you did it at all.

- My mother always said “Always shoot for the stars, because even if you miss and fall you’ll land on the moon.”

- Cut out anyone who behaves like you owe it to them to make them feel better. They’re leeches. Even if you do everything right, they’ll still find reasons to hate you because you love them.

- Cut out people who act like it’s a chore to love you. They’re cancers.

- You don’t owe anyone anything. No one owes you anything.

- Forgiving yourself means carrying the weight you fucked up and you need to live with that for the rest of your life as a reminder not to do that shit again. If you feel guilty then you’re missing the point/lesson of your fuck up.

- The past version of you is as much of a stranger as the future version of you. The only difference is you don’t know the future one. So make up the version you want to be and strive to be it, the past one is already old news.

- Dealing with bullshit is like building an armory. The first time you deal with a problem, it’s hard. The second time, you’re ready for the rodeo.

- Learn to say “no” without justifying yourself. Just let it end at “no.”

- Whatever happens, you’ll be fine.

Regarding how to jump a car 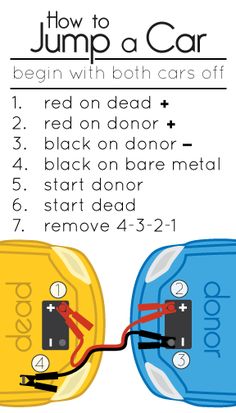 Regarding smoke coming out of your car

white and you smell pancakes?
it’s the coolant. panic and pull over, but you’ll live

a slight blue tinge?
it’s the oil. panic and pull over, but you’ll live

grey, looks like fire smoke?
gasoline; the most combustable and dangerous. pull over and leave the vehicle, pray.

sharing because i didn’t know this when my car started smoking white yesterday and i was so afraid for my life.

HOW TO SURVIVE A HEART ATTACK WHEN ALONE

Let’s say it’s 6.15pm and you’re going home (alone of course), after an unusually hard day on the job. You’re really tired, upset and frustrated. Suddenly you start experiencing severe pain in your chest that starts to drag out into your arm and up into your jaw. You are only about five miles from the hospital nearest your home. Unfortunately you don’t know if you’ll be able to make it that far. You have been trained in CPR, but the guy that taught the course did not tell you how to perform it on yourself..!!

NOW HOW TO SURVIVE A HEART ATTACK WHEN ALONE…

Since many people are alone when they suffer a heart attack, without help, the person whose heart is beating improperly and who begins to feel faint, has only about 10 seconds left before losing consciousness.

However, these victims can help themselves by coughing repeatedly and very vigorously.

A deep breath should be taken before each cough, and the cough must be deep and prolonged, as when producing sputum from deep inside the chest.

A breath and a cough must be repeated about every two seconds without let-up until help arrives, or until the heart is felt to be beating normally again.

Deep breaths get oxygen into the lungs and coughing movements squeeze the heart and keep the blood circulating.

The squeezing pressure on the heart also helps it regain normal rhythm. In this way, heart attack victims can perhaps buy precious time to get themselves to a phone and dial 911.

Rather than sharing another joke please contribute by broadcasting this which can save a person’s life!

Be prepared and become part of the solution. Get your free next-of-kin notification card today. Click here: www.InCaseOfEmergencyCard.com/

Regarding dealing with copyright infringement